Wesley College, Colombo over the years has stood for the freedom of the human spirit, brother hood of man and the community of all her sons; to whatever race or religion they may belong. Wesley College has consistently demonstrated that Sinhalese, Muslims, Tamils and Burghers can study, work, play and live together without creating any damaging racial or religious prejudices. Wesley College OBU (UK) has since its inception followed the example of our Alma Mater in promoting unity among the Sri Lankans in the UK, while contributing to the betterment of educational, sports and social standards at Wesley College. The nucleus for the formation of the Wesley College OBU (UK) was formulated in 1991 by a handful of dedicated and loyal Wesleyites and the first Annual General Meeting was held in 1992. Douglas Raymond an exemplary scholar produced by Wesley College was elected as the President, (late) Zai Lameer (one of the prime motivator for the formation our OBU) as the Secretary and Ananda Thevathasan as the Treasurer.

The main vision of the Wesley College OBU(UK) was to unite in one fraternal band those who were educated at Wesley College Colombo, to advance the education of the present and future pupils of the College to serve Sri Lanka with dignity and honor. For this necessary financial facilities and professional expertise was to be provided to the Principal and the staff of Wesley College, Colombo. In addition, opportunities were to be provided for bringing together past and present pupils of Wesley College to do all things necessary to preserve the honor and dignity of the College and to provide support to College sports activities. We are proud that over the past 25 years the succeeding committees of Wesley College OBU (UK) with the steady support of the membership have made it their mission to make these visions a reality. From the inception Wesley College OBU (UK) has provided all possible financial and moral support to enhance the educational standards, extend the facilities and improve the sporting performances of Wesley College. We made vey significant financial contributions towards the new Highfield Memorial Building, the swimming pool and refurbishing science labs, to name a few. All these were done in collaboration with Principals of Wesley College. In this context we had special relationships with (late) Dr. Lou Adhihetty, (late) Dr Ben Fernando and Dr Shanthi McLelland, who strived and achieved high educational and behavioral standards at Wesley College.

The fraternal friendship and the growing strength of the cooperation between Methodist College PPA and Wesley OBU, the two leading sister Methodist educational institutions in Sri Lanka, has resulted in several highly successful joint events over the years. The annual joint “Methodist Wesley Carols Service” has grown in stature as a spiritually uplifting and socially enjoyable event to celebrate the birth of Jesus Christ. It is significant that the number of those of Buddhist, Hindu and Muslim religious persuasions who whole heartily take part and enjoy this event. In 2004, for the first time we had the joint “Wesley OBU/ Methodist PPA Thames River Cruise Dinner Dance” on the “M.V. Viscount”, a brave ship that braved the Nazi artillery to evacuate the British and allied soldiers from the beaches of Dunkirk during the Second World War. This year Methodist / Wesley Thames River Dinner Dance was on the modern “MV Thames Princess” and turned out to be a fully subscribed and a very enjoyable event. 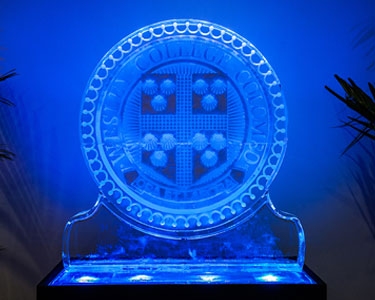 Wesley College OBU (UK) has played a significant role in the sports activities organised by UK OBUs of the Colleges in Sri Lanka. Wesley College OBU (UK) teams have participated regularly in the Festival of Cricket (FOC) and “Seven a Side Rugby” tournaments. Several of our OBU Members have played leading roles in organising these tournaments. Two of our OBU past Presidents Dr Ananda Thevathasan and Mr. Azahim Mohamed were Presidents of the FOC, who served with dedication and enthusiasm to ensure the growth of the FOC, to become the undisputed premier Sri Lankan sporting and social event in the UK.

Wesley College OBU (UK) is proud that it has initiated some unique events to set some examples for other Sri Lankans OBUs, OGAs and PPAs. “Feed the Homeless’ is a visionary charity project initiated by Wesley College OBU (UK) in year 2012. This has become an annual event when OBU (UK) members make and serve more than 100 homeless people a hot Sunday roast, finished with afternoon tea. The first Wesley College OBU (UK) “Walk of Grit (Charity Walk)” was held in June 2013. The walk led by the Wesley Flag bearer proceeds through the scenic nature trial at Aldenham Country Park, which has an area more than 700 acres. This is a case of Wesleyites and their families expending their physical efforts with joy for generating funds for our College from generous sponsors. Wesley College OBU (UK) “Founders Day Service” is now a regular annual event attended by our members of all religions and and their families to pay homage to the indefatigable energy and dedication of the founders of Methodist heritage and generations of principles, teachers and staff at Wesley College who gave so much to so many thousands, on so little coin for so long. The informal lunch that follows the service is a warm fraternity, of friends and family, bound by one fraternal band loyal to Wesley College.

The history of Wesley College OBU (UK) has seen steady progress over the years in it’s stature, strengthened by the exemplary behaviour expected of boys of Wesley College. We have built up close fraternal relationships with the Wesley College OBUs in Sri Lanka, Australia, Dubai and other parts of the world. This is inline with the sentiments “that boys of Wesley through the world shall together stand, bound by one fraternal band of double blue and when Wesley’s call shall sound, all shall all be found ready in duty and in honor bound”. The past efforts of our OBU is reflected in the present state with a continuing influx of young Wesleyites joining the OBU and participating with great enthusiasm in all activities. An outcome is that the committee of Wesley College OBU(UK) is now 17 strong with all committee members trying to outdo each other to make our activities successful. The common sentiment expressed by the senior and younger members of our OBU is the same as those expressed by the fraternal band of Wesleyites all over the world.

"Wesley College, Colombo gave us a good start in life: it instilled in us the sense of honesty, integrity, fair play, sportsmanship and to respect the rights and welfare of others; our debt to our Principals and staff of Wesley is enormous."

For this financial support and and professional expertise are being provided to the Principal and the staff of Wesley College, Colombo to further the standards of academic levels and performance in sports activities achieved by the present and future students of the College. Most importantly, the continuing mission of Wesley College OBU (UK) is to contribute in every possible way for Wesley College, Colombo to reach new heights, producing “Men of grit and industry”, who will serve our dear land Sri Lanka with honor bright and loyalty.

Are you still not a member?

Download our membership form and become part of our family

Wesley College, Colombo over the years has stood for the freedom of the human spirit, brother hood of man and the community of all her sons; to whatever race or religion they may belong.

Recieve our latest news straight to your inbox

Made with ♥ by creativepulseweb.com © 2019 Wesley OBU UK All rights reserved.